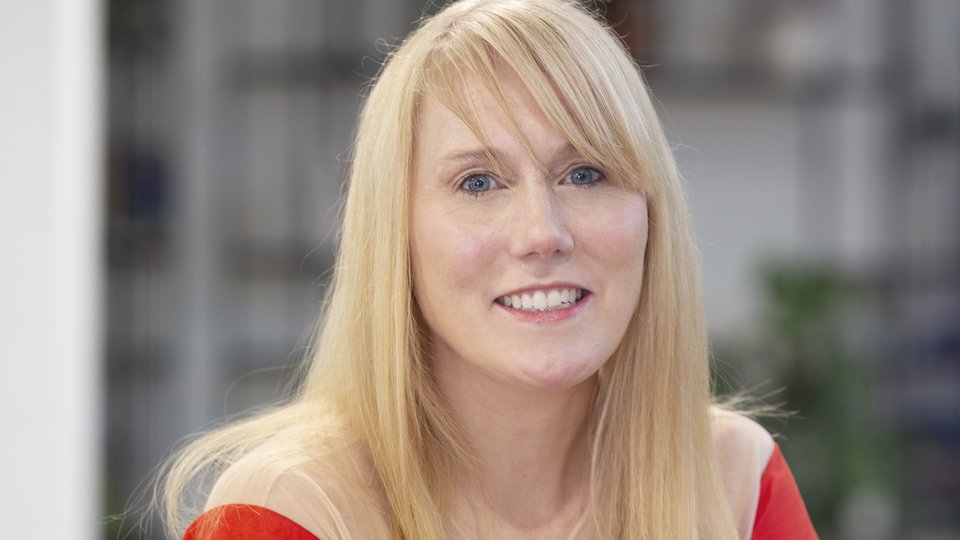 Aggregator, marketplace and lead generator are just some of the terms used to define Lyst, the world’s largest search engine for fashion. Chief Partnerships Officer Jenny Cossons speaks to Luxury Society about how Lyst maintains a flexible business model and what lies ahead for the company.

For many people, trying to explain exactly what Lyst is can prove to be a bit tricky to define. For certain, it’s a question that Jenny Cossons, Lyst’s Chief Partnerships Officer, faces often. “People often get confused and think that we are retailer, or an e-commerce site, or they think we are a competitor of Farfetch.”

Simply put, Cossons explains that Lyst, which has 6.3 million products on its site, is a search engine. “We provide this platform of millions of shoppers and searchers to connect with those actual products and then drive the traffic directly to the partner website,” she told Luxury Society in an interview.

Much like Spotify, where users go to search for music, Lyst connects people looking for fashion items to the brands and retailers that sell them. “What’s interesting is that people like to put a label on things,” she added. “Aggregator, marketplace, lead generator, affiliate, but the truth is what we really are is a search engine. Our biggest competitor is Google. Because we are specifically only focused on fashion, we want people to come to us when they are looking for fashion items, and they don’t need to go anywhere else because we have everything.”

Still, the confusion over Lyst’s function hasn’t stopped the company from dominating its field, nor has it affected the amount of investment flooding in. Last year, Lyst raised $60 million of investment which brought its total amount of funding to more than $90 million. Not bad for a start-up nearing its 10-year anniversary.

The company has reason to be pleased with its progress, not only does it count LVMH amongst its investors (the French luxury conglomerate was reported to have contributed around 45 percent of the aforementioned $60 million) as well as Groupe Arnault, 14W, Balderton, Accel Partners and Draper Esprit but it also boasts Ian Rogers, chief digital officer at LVMH on its board of directors.

Since its announcement last year, the company has launched a number of localised international sites in France, Germany, Spain, Italy, Switzerland, Austria, the Netherlands, Russia and Japan. “We do plan to do another three (sites) by the end of this financial year (in March), and we are still deciding what those will be but we believe that one of those will be in Asia because we see a lot of opportunity there,” said Cossons.

Another area of its business it is focusing on is its Catalysts division - an innovation lab - where its team of data scientists and engineers work on creating new products for its customers and new ways to connect those customers through search.

At a time when data-driven insights on consumer search patterns, spending habits and trend forecasting are highly sought after, it is little wonder that Lyst counts brands like Alexander McQueen, Balenciaga, Bottega Veneta, Burberry, Fendi, Gucci, Moncler, Prada and Saint Laurent among its partners.

Partnering with Lyst means that brands and retailers are able to track how many searches they have appeared in, the click-through rate and overall sales. In addition, partners can look at their performances in comparison to other similar brands on the site, and can also pay Lyst a different commission rate for different products, rather than a flat commission rate on successful sales across all their products, which allows them to push a certain product category more aggressively or pay a lower rate of commission on a lower margin product.

What they get are the customer details which can help our partners to remarket to their products to them, said Cossons. “There are other platforms in the space that don’t allow you to get the customer detail. They keep it all to themselves. We are very much an open and transparent platform, we are there to generate value for our partners, because that is how we generate value for our business.”

One new tool that the company is working on for its partners is being able to commission on a specific category or a specific designer on the Lyst platform. Another is an off-platform service to leverage its paid marketing expertise using its in-house algorithm, which aims to help drive sales on Lyst’s partners’ own website without shoppers having entered through the platform first, relying instead on boosting their positioning in search engine shopping results and advertising.

“Ultimately what we are trying to do is build off the back of things like feedback from partners… For us, it’s basically making sure we’re able to provide  the value that they are looking to us for. A lot of people look to us for data insights; what countries should I be developing in, what cities, so leveraging all the kind of technology and the data insights we have for our partners and customers is basically what we are doing every single day.”

While Lyst works with all brands and retailers across the fashion industry, from high street to contemporary labels, the biggest growth and engagement it sees is for luxury brands.

“We are seeing that the biggest growth obviously comes from luxury businesses and have also found that there is a huge engagement in our app from our highest spenders,” said Cossons. “What we call our ‘very important customers’ are using the app a minimum of 25 times a month, so they are literally using it almost every day, which is what you want. Obviously, a lot of that particular cohort is a luxury shopper. So 95 percent of their spend via Lyst is a luxury item.”

And luxury brands are responding in return. “There is this growing excitement and sense within the luxury spaces specifically, that this is an area that they are going to invest in. This is an area that has opportunity and they are then seeing that with the quality of people that are working in those teams, getting even more advanced and also the resources that they are being given is continuing to increase.”

Looking forward, Cossons who has more than 20 years experience working for luxury fashion and beauty companies like Condé Nast and Net-a-Porter, believes change in the industry will be led more by its consumers rather than companies.

“What pushes the market forward is the customer,” said Cossons. “It’s maybe not necessarily the market itself. Because I think people don’t change until they have to. And businesses don’t change unless they are forced to change.”

“What’s really exciting for fashion is that there are so many things to come and the key thing is really just creating an environment in your business where you can be flexible and agile for whatever happens, which is easier said than done,” she added. “But for a platform like Lyst, we are really excited because our job is to connect customers and the products that they love and the things they are searching for.”

“We see ourselves as being the number one leading platform for fashion decision making,” she continued. “We are going to get there by making sure we have the best products available. So, looking at search volumes, looking at what people want so that we have. Continuing to grow awareness of what the opportunity is there, continuing to develop whatever that is.” 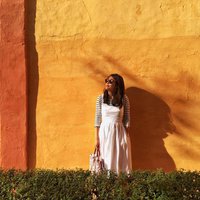 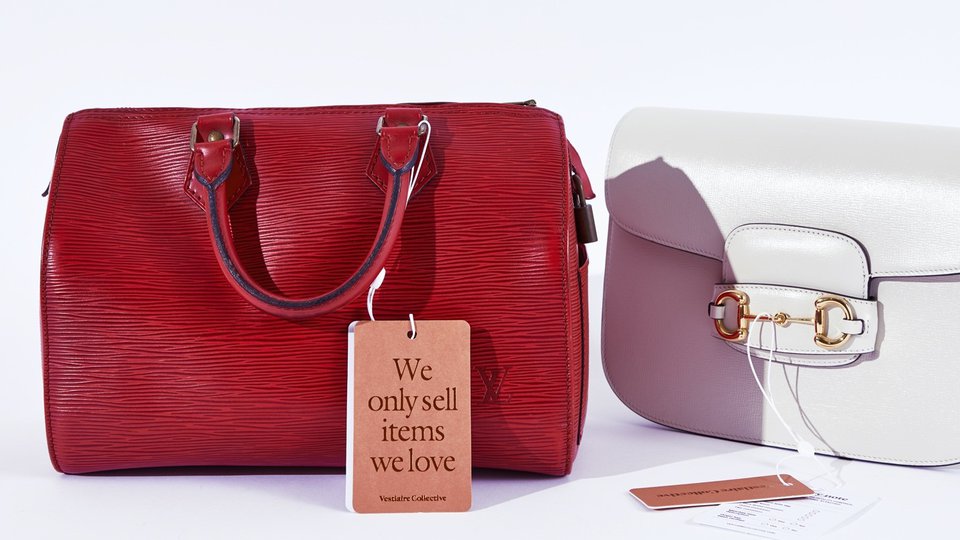 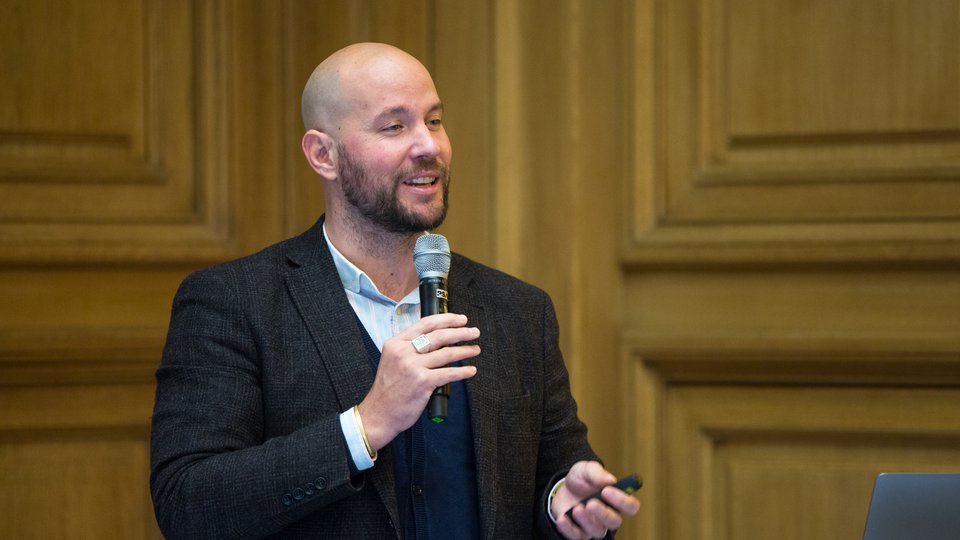 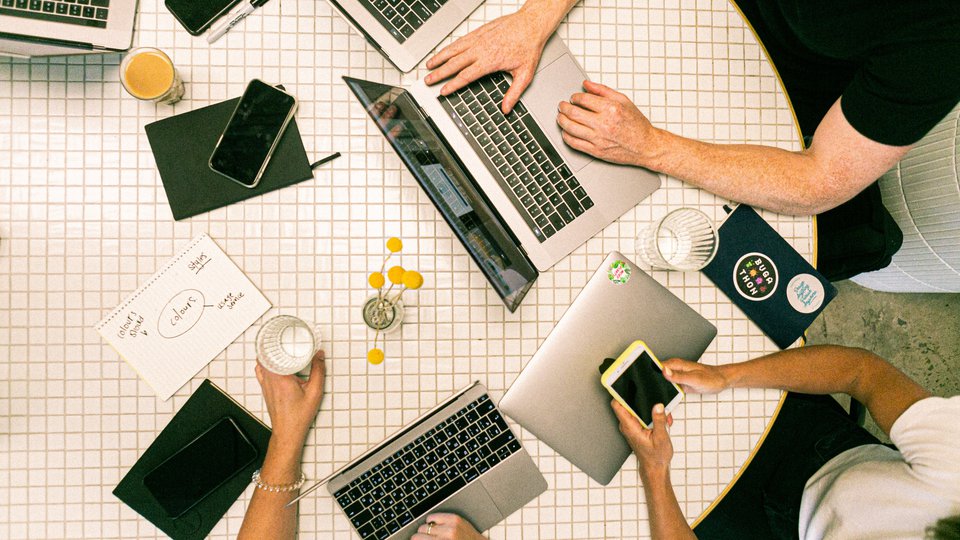