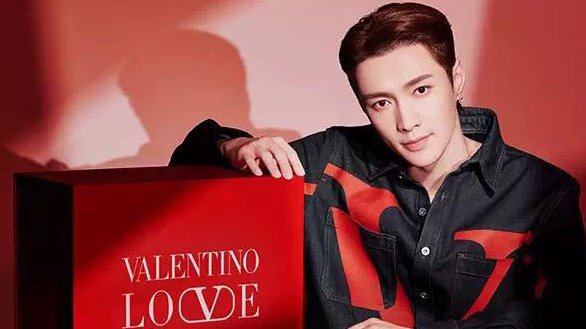 In a sea of luxury brands struggling to stand out during the gifting extravaganza that is Chinese Valentine’s Day (Qixi), Valentino managed to rise above by leveraging hunger marketing to drive e-commerce sales.

More than just a celebration of love, Qixi has grown to become one of the most important gifting (and shopping) festivals in China, with luxury brands doubling up on their digital marketing efforts to boost online sales during the period. The release of limited-edition products online, along with digital activations for consumers to engage with their favorite brand, has become common practice on this occasion.

Naturally, brands jostle for eyeballs on social media during this key festival – but only a select handful manage to break through the noise. Once such brand this year is Valentino, which came up with a multi-channel campaign that created both a sense of scarcity and desire, effectively promoting its limited edition LOVE collection.

Globally, Valentino has been the fastest growing luxury holding company with a reported total growth rate of 134 per cent from 2013 to 2018. This is a result of their success in leveraging fashion trends while cultivating brand heritage. In China, the brand was one of the first to experiment with limited edition Qixi sales on WeChat in 2017. Valentino has proven to be an early adopter of mobile technologies to boost revenues and integrate online and offline customer experiences.

Since appointing longtime designer Pierpaolo Piccoli as its sole creative director in 2016, the brand has started taking a more inclusive approach to its collections. This is also reflected in the way it is shaping its consumer communication, and the emphasis placed on forging deeper connections motivated by dialogue, passion and experience. Its Qixi campaign is one such instance of this, with its ongoing message of passion and taking risks. Its limited edition LOVE collection was introduced to audiences via a video on WeChat featuring the brand’s ambassadors – Chinese actor and singer Yixing Zhang, and award-winning actress and singer Tang Yan. The stars were shown dressed in items from the collection and unveiling a mysterious gift box for Qixi. While the content of the box was not explicitly revealed, users were prompted to purchase these exclusive, limited-quantity boxes ahead of the festival.

This air of secrecy surrounding the contents of these boxes served to generate curiosity that fueled discussions and ultimately, drove desire. In addition, the tagline for this particular activation was “You are a wonderful risk. I will take you,” which served to further inspire action by encouraging consumers to take the leap both literally and figuratively.

The social and commercial features of WeChat’s ecosystem have made it the go-to platform for product drops, a drip-marketing concept originally popularized by streetwear brands and now favored by luxury brands like Valentino.

Timing and availability are essential elements for a successful drop, and the features around which Valentino planned this campaign revealed strong consideration for consumer purchase intentions and expectations. The brand created excitement for the gift box by limiting the quantities in which they were offered in, while raising awareness and anticipation for the wider LOVE collection that would still be available to audiences who missed out on the drop. While the actual number of mystery boxes available was not disclosed, the first batch of boxes sold out within 20 minutes of release. Due to overwhelming demand, the brand then released a second set of boxes, which promptly sold out as well.

The pricing strategy employed in this campaign was also interesting. Each mystery box carried a 10,000 RMB price tag – which is coincidentally, the maximum amount permitted by most Chinese banks per WeChat transaction. This played a large role in the success of this campaign, as it encouraged immediate purchase and ensured transaction approvals.

Excitement around the mystery box was also enhanced by Valentino’s product seeding strategy. In collaborating with popular KOLs, Valentino managed to drive conversation on social media while generating organic word-of-mouth and resulting in positive spillover across all segments.

Among the KOLs who were gifted the box, Gogoboi released an unboxing video two days after the campaign debuted – the day before products in the LOVE collection officially went on sale. He posted photos wearing the collection’s “V” logo bracelet, fanny pack and “LOVE” T-shirt – the latter two of which were emblazoned with the line “In your eyes, I can see an eternity”, a quote by Mustafa the Poet. It should be noted that a copy of On Love (a booklet of poems released by the brand in collaboration with contemporary poets Mustafa The Poet, Greta Bellamacina, Ysra Daley-Ward and Robert Montgomery in tandem with its Fall 2019 collection) was also autographed by its brand ambassadors and included in the package. These poets directly inspired Piccioli’s designs for that season. As the items in the mysterious box (apart from the collection of poems) were all part of the brand’s wider LOVE collection for the festival and available purchase on both its Mini Program and Tmall Luxury Pavilion, product seeding helped to sustain audience interest in the range and was beneficial in helping the brand to further drive sales and conversations about the products. It should be noted that while the boxset was offered in a limited quantity, the items sold separately were not.

With celebrations like Qixi increasingly turning into shopping festivals, brands should definitely consider integrating buzz-generating campaigns in their long-term marketing strategies. However, while these events present a great opportunity to drive e-commerce conversions, successfully doing so will depend on how strong the campaign messages are and how well they’re communicated across touchpoints.

“Valentino’s use of the hunger marketing model has proven highly effective and is a good reference for luxury brands looking to raise awareness and create interest in a new or exclusive product line,” says Pablo Mauron, Partner and Managing Director China of DLG (Digital Luxury Group).

“What is interesting here is the way Valentino played up and leveraged the exclusive factor of its mystery boxes to drive desire and e-commerce transactions for its wider LOVE collection on its Mini Program during the campaign. Moving beyond this event, the challenge is for it to continue to generate a sustainable stream of revenue from e-commerce activities. It is not uncommon for a brand to see its e-commerce performance spike with the drop of an exclusive collection on WeChat, but it is also important them to think of how to best  leverage Mini Programs beyond promotions and integrating them into their long-term e-commerce strategies,” he adds. 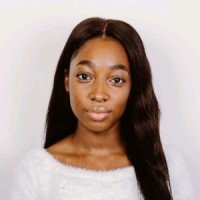 Annick-Ange is a French graduate from ESSCA Ecole de Management. After having lived and studied across Europe and Africa, she moved to Shanghai to study China-Europe International Business, as well as Digital Marketing. Her global perspective and her experience in luxury retail allow her to cover topics related to market trends and consumer behavior.