Should Brands Still Work With Foreign Celebrities For Marketing In China? 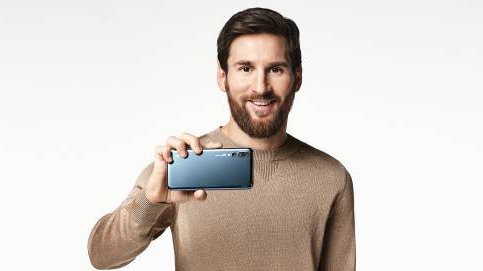 In an age where the spending power of Chinese consumers far outweigh their international counterparts, should brands still be working with global talents or should they be focusing their efforts on collaborations with Chinese celebrities?

Once upon a time, the face of a foreign celebrity signalled everything marketers in China desired: An international, premium and upmarket image. From OPPO to BYD, brands threw millions into their marketing budgets to engage big stars like Leonardo DiCaprio for their promotional campaigns. “In China, celebrity marketing often means the ‘most’ – the most famous, the most popular, the most number of followers. However, sometimes being someone with the ‘most’ doesn't necessarily mean that there is a match with the brand's values and DNA. There is no doubt that partnering with big names would get eyes on the brand. But that attention does not necessarily translate into real influence and ultimately, sales,” says Regina Galang, the former Vice President of Business Development for Bookmark Entertainment, an agency that specializes in sourcing international celebrities.

This is not to say that international celebrities carry little clout in China. Rather, it drives home the point that the suitability of such collaborations is highly dependent on the brand’s stage of growth in China. “If a brand is mature enough and aspires to refine the brand tonality and raise the global profile, then having an international celebrity is a good step,” says Shadow Cai, Senior PR Manager at SHC Creative, an agency that deals with celebrity marketing for international sports and fashion brands including Adidas Originals, Nike, Puma, Dior and Givenchy. “We have done effective collaborations with Kendall Jenner, Allen Iverson and David Beckham. Be it a popular model on Instagram, a basketball legend or a football superstar, they have all impacted global culture and Chinese youth are well aware of that.”

Interestingly, according to Cai, celebrities in general can be classified into three categories: Traffic magnets, purchase influencers and classic stars. “Typically, using celebrities from the first two categories serve to boost brand performance on social media or drive sales. But nowadays, those in this class of celebrity emerge and disappear like shooting stars. On the other hand, classic stars, despite their solid acting skills, may not have that much online influence,” Cai says, pointing out a common dilemma that brands face when deciding which face to work with. As such, brands need to be more discerning than ever in order to make informed talent choices.

“A foreign talent is effective in China when the endorsement is part of a global campaign and he or she travels to China for appearances. Furthermore, if there is genuine chemistry between the two, their combined impact will multiply exponentially,” says Galang.

In 2016, Huawei appointed Lionel Messi as its global brand ambassador. The campaign was titled “Connecting Greatness”, and in this case, there was a clear alignment of values between both the brand and celebrity. Both Huawei and Messi were born in 1987 and embarked on their global journeys in 2000. From humble beginnings, they rose to the top of their game with hard work, strength and discipline. The impact of this collaboration transcended borders and cultures. While Chinese fans were delighted to see Weibo updates from Messi through his Huawei phone, Huawei phone sales in Latin America also made a breakthrough of 10 million units that year.

Another world-famous athlete, Cristiano Ronaldo, stunned the social media community this April when he appeared in an iconic mandarin collar suit from Chinese ready-to-wear label Seven. It was Ronaldo’s first time endorsing a Chinese menswear brand. A serious suit maker that has made its appearance in important occasions including the Beijing Olympics and the APEC summit, Seven seemed to be an interesting choice for a soccer star of Ronaldo’s stature – especially since the number seven is one that is closely related to Ronaldo (in reference to the jersey number most often sported by the Portuguese soccer star). Granted, the public might have expressed their doubts about a foreign face representing Chinese design, but who’s to say this intriguing collaboration won’t inspire fans to try out suits featuring Oriental elements?

Just like in a relationship, chemistry and communication come hand in hand. “International celebrities often have a clear understanding of their positioning and set clear standards. They are not adept at sudden changes and unexpected situations. This requires us to patiently communicate every detail in advance. Chinese celebrities in comparison are more flexible and communicating changes are easy and convenient,” says Cai who also works with top Chinese stars including TFBoys, Yang Mi and Jackson Wang in online and offline activations.

Research suggests that when the brand and ambassador are from the same country, consumers find such a pair more convincing and exotically appealing. Hence it is not surprising that French jeweller Chaumet had "French Rose" Sophie Marceau travel to China several times for store openings. In 2014, she even appeared in China’s Spring Festival Gala Evening and sang “La Vie En Rose” to millions of Chinese, clad in Chaumet Hortensia pieces.

But this July, Chaumet made a global announcement that Chinese actress Liu Yifei would be the brand’s new ambassador. As Liu plays Mulan in the upcoming Disney film, she will bring tremendous exposure to the brand as the film sweeps across global cinemas in Spring 2020. More importantly, who better than Mulan to inspire Chinese young women to embrace grace and character and become heroes in their own fields? After all, it is more natural to engage the Chinese audience with a Chinese story.

“In the world of social media with short attention spans, brands are spending more money on creating stories and experiences. To win the hearts and wallets of consumers, the story – whether it’s an advertisement, a TV program, or a movie – is key. Therefore, understanding who’s best placed to tell that story is crucial, ” comments Jake Fong, CEO and Founder of EverSince, an online concierge that curates exclusive experiences with celebrities while supporting meaningful causes. In addition, it is worth noting that Liu has the power to impact sales, as her fans showed their support in the most practical way – flaunting their freshly-purchased Chaumet pieces just below the post about her appointment as ambassador. “Identifying the right talent requires an investment in time. Ultimately, there must be a fit with the brand in terms of values, personality and target audience,” Galang advises. “Today, there are many tools available that aim to help brands identify suitable ambassadors for a range of budgets. Big data and tailored research are helpful for making informed choices.”

“Younger celebrity influencers, and especially internet sensations, believe that their fame shelf-life is finite – that they won't be famous forever. This short-term thinking results in their eagerness to do whatever comes their way so that they can monetize their fame now,” Galang says. “Hence it is important to think long term and not choose someone because he or she is the flavour of the month.”

At the end of the day, the onus is on brands to select the right celebrity to associate themselves with. The effect of marketing messages on consumers can be further amplified when paired with the right celebrity, and diluted when matched with the wrong one. “The scales of power and influence have tilted in favour of Chinese celebrities not just in China, but also globally. More and more Chinese talents will become ambassadors to international brands as Chinese buying power continues to grow,” Fong adds.

“However, as Chinese stars get more expensive due to tax changes and the youth are more exposed to global pop culture, there may be a shift back towards international ambassadors when targeting younger generations. Some global stars are also more open-minded and willing to take creative risks to pursue activations that have never been done before.” 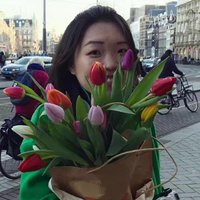 Born in Ningbo, a bustling port known for its dumplings and seafood, Lin has studied in Singapore, Bangkok and Madrid. She has also worked in lifestyle communication agencies in Beijing and Shanghai for over three years. Her international and local experiences have enabled her to observe, reflect and analyse industry trends. Currently based in Amsterdam, she is keen to explore luxury marketing between Europe and China.