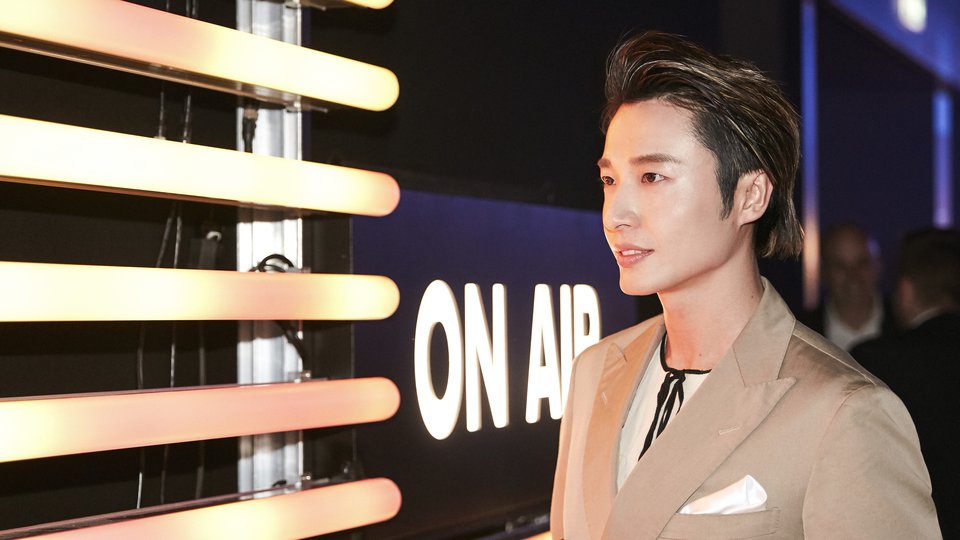 At a time where digital plays a central role in every consumer’s life, SIHH was able to gain traction among Chinese millennials with a strong activation campaign built by marketing agency DLG (Digital Luxury Group).

Viral and buzzworthy may not always be the first words that come to mind when you think of the age-old tradition of fine watchmaking in the Swiss luxury landscape. While trade shows and luxury jewelry and watches may be coveted, timeless, and exquisitely crafted— those are not always the adjectives that align with drawing the attention of young Chinese consumers.

While Baselworld 2019 is set to kick off this week, if January’s 29th Salon International de la Haute Horlogerie [SIHH] proved anything, it’s that fine watchmaking events are undergoing a monumental reinvention.

This year’s SIHH boasted an impressive 23,000 physical visitors. Across social media, the Salon’s new formula gained millions of views, reaching new audiences and showing that the art of fine watchmaking can be more desirable than ever.

Evolving Tricks of the Trade

“The main challenge today for the SIHH is to become a real networking and communication platform and it’s why we are more connected,” Fabienne Lupo, Chairwoman & Managing Director of the Fondation de la Haute Horlogerie (FHH), organizer of the trade show, told Luxury Society. “We have developed special topics like SIHH live where it’s kind of a TV studio and we generate expert content on fine watchmaking giving a kind of tribune for brands to explain and present their strategy, new ambassador.”

One of the newest and most exciting editions to January’s trade show was the SIHH lab, which is a new space dedicated to technology and digital initiatives of brands. More than two dozen projects from top brands were showcased using virtual reality, artificial intelligence and augmented craftsmanship.

With the use of “all-are-welcome” live-streaming, the Salon is undeniably moving away from its previous appeal of exclusivity by embracing the general public. Additionally, late last year, SIHH and Baselworld announced that they’d be joining forces to coordinate dates in 2020 by moving both shows to the end of April and early May. The decision indicates the huge steps organizers are taking to keep trade shows alive and well.

“Thanks to these new tools, the physical boundaries of SIHH disappear, making it more visible, more desirable,” Lupo told the FHH Journal earlier this year. “It is impossible to deny that SIHH is still an exclusive event, but it’s also vital that we open up to the public and to younger generations.”

The Case for Influencers

This is where influencers take the stage, both online and offline. Through the help of Geneva and Shanghai-based digital marketing agency DLG [Digital Luxury Group] and two high-profile key opinion leaders [KOLs), SIHH was able to bring a breath of fresh air to one of the most important growing markets of the luxury industry

When looking at the thousands of influencers who use social media as their platform, it can be tricky to know where to start. Partnering with high-energy, high-impact professional content producers was vital to launching a successful campaign and after careful methodology, DLG was able to select two KOLs to give SIHH the boost it was looking for.

With a combined Weibo fan base of over 17 million and a combined WeChat readership of over 160K, lifestyle and fashion professionals BoyNam and Peter Xu used their voices to reach audiences that might otherwise be largely unaware.

“I think the watch industry is really trending right now,” Xu told Luxury Society at this year’s SIHH. “When I open WeChat or Weibo, I see promotions of these watch brands that are here and it’s right on time. Even if we’re in China and this is Switzerland, everything is published in real time. It’s synchronized. It’s impressive.”

It’s notable to mention that as influencers, Xu and BoyNam work primarily in the world of fashion, and that naturally the majority of their fanbase is also concentrated in this sector. By using fashion influencers to infiltrate the world of watches, a completely new demographic was reached.

“We decided to select KOLs that were out of the fine watchmaking industry because they have a fresh point of view.  They know what their audience likes – what the youth like –  and what kind of content the young generation will buy into”, explains Layla Lee, Account Manager at DLG China leading the activation. Both influencers gather millions of followers on platforms such as Weibo, WeChat and live-streaming platform Yizhibo.

While at the exhibition, the two public figures produced everything from photos to article to videos to livestreams. The result? More than 23 million impressions surrounding SIHH were generated on social platforms in China alone. During peak live-streaming on Yizhibo, an impressive 1.2 million viewers were reached with a total of more than 12 million views overall.

“I think the Chinese people, especially younger generations, they are desiring and interested in knowing more stories, more background, more technology— and the history of these watch brands. Even if you can’t buy a very expensive watch now, you can have the dream,” BoyNam told Luxury Society at SIHH 2019.

Alongside industry leaders such as La Montre Hermes CEO Laurent Dordet and Piaget CEO Chabi Nouri, Xu was featured on a 24-minute CNN story highlighting the trends of 2019 for luxury watches, giving him yet another platform and expanding global reach.

“Now social media can make or break a brand,” Xu told CNN. “In China, we talk about different levels of communication. I think bloggers in watchmaking are professionals, they share knowledge in the know-how. People like us, we talk about style. We have different job duties, catering to an even larger audience.” 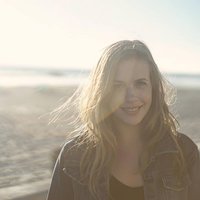 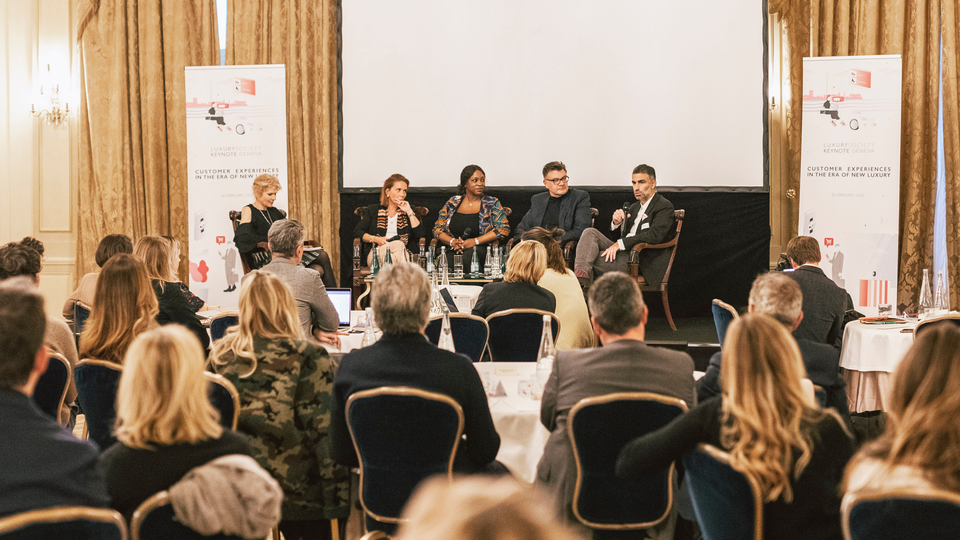 What We Learnt From Luxury Society Keynote Geneva 2020 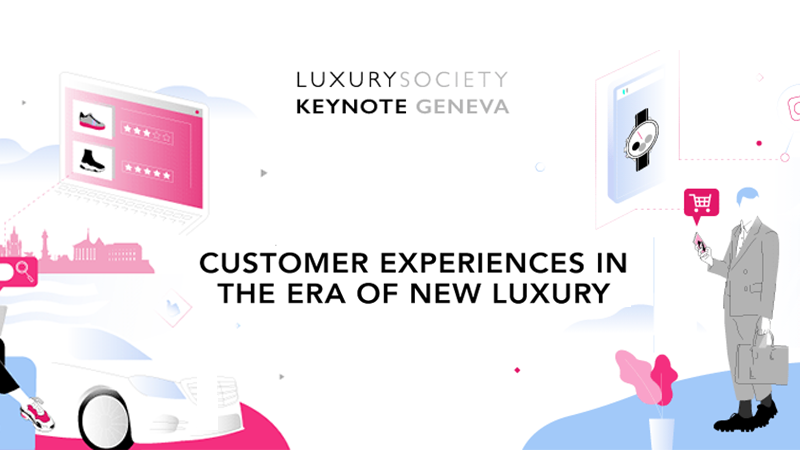 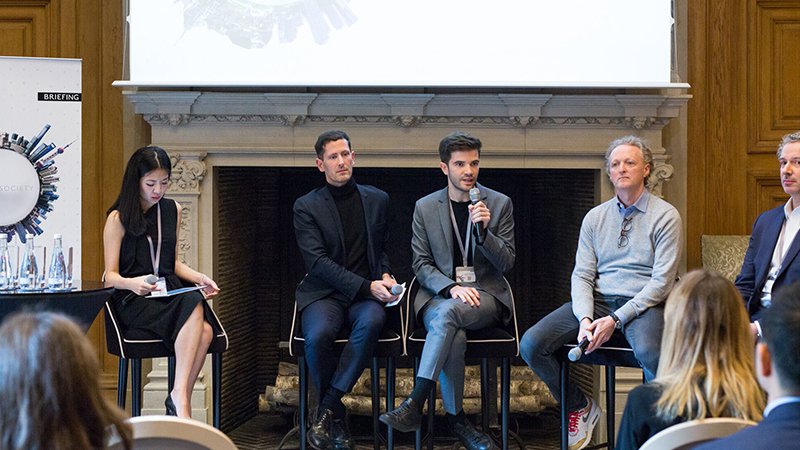