In Asia–Pacific and Latin America, emerging-market countries saw growth between 5 and 7.5 percent from 2017 to 2018, according to the McKinsey Global Fashion Index. Fashionbi's Global Fashion Industry report also showed that continued consolidations of luxury brands, primarily in Europe, have also given the high-end fashion industry some financial stability.

"If before the consumption of the premium and luxury goods was dominated by the Western countries, today the focus has shifted towards Asia and the most creative marketing campaigns are happening there," she said.

As the fashion industry continues to evolve, brands are more prone to revealing their revenue by geographical region as some markets reach maturation and others continue to develop.

In 2018, European luxury conglomerates LVMH and Kering both saw growth of 35 percent in Asia, primarily propelled by China and Japan.

French fashion house Hermès saw growth of 33 percent in Europe and 18 percent in the Americas. However, Hermès saw 48 percent growth in Asia, 13 percent of which came from Japan alone. 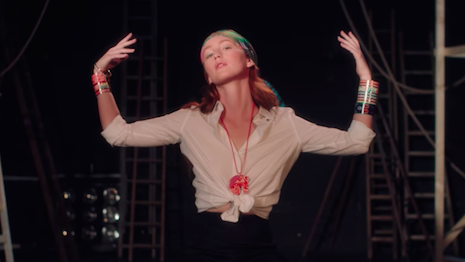 One exception is Capri Holdings, which saw 70 percent growth.

Another notable acquisition in 2018 was Richemont's takeover of Yoox Net-A-Porter Group.

YNAP shareholders approved Richemont’s bid to buy out the rest of the company’s stock this past May. The luxury giant now controls 94.9 percent of YNAP’s shares, fulfilling the threshold for its public tender. 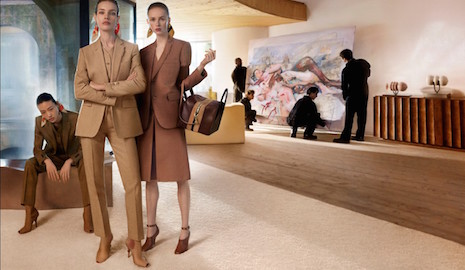 Movements and departures among executives and creative directors are also reshaping luxury fashion.

Early on in their tenures, Louis Vuitton's men's artistic director Virgil Abloh and Burberry's chief creative officer Riccardo Tisci have changed the directions of their respective labels. Both fashion brands have also ramped up collaborative efforts.

"The collaboration is a way to refresh the style of the brand, even rejuvenate it, attract the attention of certain groups of customers, create a buzz around the company or possibility to sell in a new online or offline retail space," Ms. Bushmeleva said. "Brands will continue to fight for the attention of demanding customers via unexpected business and creative collaborations."

For continued success, luxury conglomerates and companies must continue to innovate, especially when it concerns technology and sustainable efforts.

For instance, Kering is strengthening its focus on omnichannel tools including 360-degree client views, as the group pivots towards digital in an effort to keep up with luxury consumer demand.

Pilot projects are working towards delivering personalized messages and experiences to customers, based on their profile and purchasing history. Other digital priorities include forming a China-based digital team and creating mobile applications that will enhance in-store experiences.

The luxury group is also working to establish a better network of agricultural sourcing for greater sustainability in its production.

Consumers are also demanding more from luxury companies, even though they do not always agree.

As more luxury brands eliminate or reduce the use of animal fur in their items, the shift towards more ethical manufacturing is too slow for some environmental activists while consumer groups argue that fur bans negatively impact customer freedom.

Fashion labels Prada and Burberry are among the latest to draw attention to their use of fur, while a major U.S. city moves towards banning the sale of new fur products. Reactions from environmental and consumer groups have been mixed, leaving brands and shoppers caught somewhere in the middle.

"There was sudden concern about a sustainable way of making business," Fashionbi's Ms. Bushmeleva said."In 2018 we saw the massive denial of using real fur in fashion collections, and this trend on 'eco-fashion' will be continued."

What We’ve Read: An Honest Take on the Hits and Misses of...

Opinion: Could Virtual Reality Be the Key to Saving Luxury?