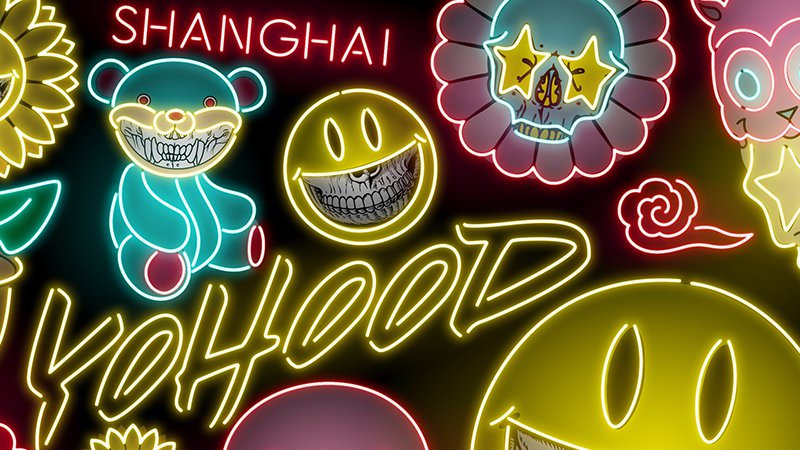 For those who went to school in China in the early 2000s, seeing the name Yoho! or even just its logo would immediately trigger an exclamation – “Oh, it’s that magazine for cool kids!” Having started out as a street style magazine, Yoho! was founded by Liang Chao in 2005 and soon built a name for itself among the hip, young demographic. Back then, it felt like a community secret that only the most fashion-savvy kids were privy to.

Today, it has evolved into a media empire that brings together elements of street culture, e-commerce, festivals, editorial, and offline retail. Like many other millennial businesses, Yoho!’s multiple identities makes it difficult for people to put it into a box – which further adds to the brand’s allure. Now that Yoho! has become synonymous with China’s street wear culture, its annual fair Yo’Hood  (Aug 31 – Sep 2, 2018) in Shanghai has also grown to become a public stage for showcasing the coolest, latest concepts in millennial China.

No longer a niche platform, today’s Yo’Hood fair is a highly sought-after festival that celebrates China’s youth fashion and sub-cultures. How did Yo’Hood take itself from indie popularity to mainstream success?

Millennials have a saying: No picture and it didn’t happen. Yo’Hood capitalized on this notion and created an abundance of retail spaces worth photographing and posting on social media. In the Chinese millennial dictionary, there are two frequently used phrases:  “打卡 (to clock in)” and “网红店 (internet-famous stores)”. While “打卡 (to clock in)” refers to something that is a “must do”, alluding to the compulsory act of clocking in at a workplace, “网红店 (social-worthy stores)” refers to Instagram-worthy stores that are designed to impress and appear on social media. To the digital-obsessed Chinese millennials, “clocking in” at social media-worthy stores and posting about it, is a crucial social routine.

Yo’Hood gave Chinese youngsters the perfect reason to “clock in” at dozens of internet-famous stores and gather visually stunning content for social media. Two days before its festival, Yo’Hood even issued a visitor guide, pointing out the most social media-worthy places to “clock in” for a photo: A pink, cat-themed ice cream cart; a “Spicy town” concept store with a glowing, fast-changing slogan wall; and a visually nostalgic hall decorated with neon street signs – just to name a few.

In the early 2000s, the notion of street wear was associated with deviants, underground boy bands, and “bad boy” male celebrities like Edison Chen. Men were at the core of street wear culture, and women were not part of the equation. But this has since changed. In 2013, the Yoho! media group launched the "Yoho! Girl" as a separate channel focused on women and street wear.

Creating a dedicated magazine to celebrate female street culture was a socially progressive act. Before Yoho! Girls, there was no other mainstream media advocating such an aesthetic for young Chinese women. Most fashion magazines were proponents of the sweet, cute and feminine look instead. With a dedicated media platform for China’s “cool girls”, Yoho! successfully included young females as the festival’s target audience.

Yo’Hood’s 2018 slogan was “Renew the Rules”, a phrase that makes all millennials tick. Besides presenting a fun and hip visual identity, the slogan also manifested in the form of highly unexpected collaborations. While brand collaborations are not new in the street wear scene, Yo’Hood did the unexpected and teamed up with food delivery app Ele.me (literally meaning “Hungry now?”) to combine street wear with takeaways.

The collaboration put forth “sustainability” as the common ground between street wear and food. Regardless of the claim’s credibility, the Yo’Hood x Ele.me concept store had some interesting interpretations of the theme: Edible chopsticks made of wheat flour, hats made with recycled takeaway boxes, and a photo corner for visitors to jump in an instant noodle cup for a photo op.

For brands that want to tap into the buying power and social impact of Chinese youngsters, the Yo’Hood phenomenon has proved that cultural value is as important as (if not more) commercial value. Yoho!'s integrated content, event, and e-commerce system shows that cultivating culture is fundamental to commerce. The group’s founder Liang Chao once said in an interview, “We don’t see ourselves as an e-commerce company. We think of Yoho! as a company of street culture. E-commerce and the retail we are doing now are just ways to monetize.”

At the end of the day, it’s not just about building a brand name ­– but creating a lifestyle. Liang once shared that his dream wasn’t to create an e-commerce site with a strong editorial concept, but a community of like-minded people to discuss style and street culture, such as New York’s Soho and Tokyo’s Harajuku. Today, it’s safe to say that he has succeeded in that aspect – and then some. 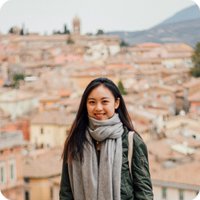