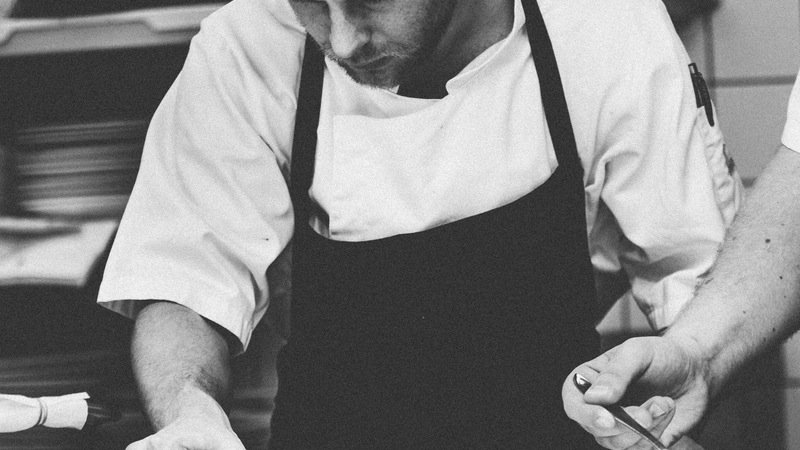 Wealth-X has conducted an analysis of the San Pellegrino Top 50 Restaurants 2016 winners. Wealth-X Director Winston Chesterfield uncovers what the diversity of the results tells us about the state of the world related to fine dining, patterns of wealth and unique, luxury experiences.

Järpen in Sweden is one of the most remote locations in civilisation. With a population of under 1,500 people, this tiny lakeside community, in the middle of the largest Scandinavian country, is 600km from Stockholm – a mere 7 and a half hours by car. It is impressive then, that most establishments in Järpen have broadband and Wi-Fi. But it is perhaps more impressive that Järpen in Sweden has two restaurants in the San Pellegrino Top 100 World restaurants (one of which is in the top 50) – and that the Swedish capital has none.

For centuries, the dogma that has dominated civilisation is that great conurbations foster and refine culture. Cultural titans like Paris became celebrated for their riches in architecture, museums and galleries, theatre and opera, luxury goods and hotels and, importantly, cuisine. The rise of Tokyo in the 1990s as a cultural and gastronomic destination came on the back of sustained economic and wealth growth amongst its citizens, creating the third largest enclave of UHNWs (individuals with more than $30m net worth) on earth.

The addition of internationally lauded high-end restaurants became a symbol of achievement for cities, and nations, of ambition.

Fast forward 30 years, and the situation has changed somewhat. Whilst the old, stalwart gastronomic havens like Paris still sprout creative gourmet artisans every now and then, the heavyweight belts for cuisine are currently being passed around amongst cities and nations with thinner culinary credentials. Not only that; these honours are often draped on locations without an underlying story of sustained economic and wealth success.

So what is driving these expressions of the finest cuisine in the world? Is it just tourism, a lack of better exports? Or are there other underlying reasons as to why nations without weighty chapters of success can better produce the cultural finesse that deliver some of the finest luxury experiences on the planet?

" An entry in the list acts as a siren call to luxury concierges, jetsetters, and the world’s elite – and as such, almost guarantees full tables for the next 12 months."

On the 5th April, the city of Melbourne, home to Australia’s only Top 50 restaurant, will host the 2017 San Pellegrino awards, which, for many, have now surpassed Michelin as the premier authority on the planet’s greatest restaurants. An entry in the list acts as a siren call to luxury concierges, jetsetters, and the world’s elite – and as such, almost guarantees full tables for the next 12 months.

Wealth-X conducted analysis of the San Pellegrino Top 50 Restaurants list from last year to understand and contextualise the winners – and what their diversity tells us about the state of the world relating to fine dining, the patterns of wealth and the invitation of unique, luxury experiences. Whilst the top San Pellegrino restaurant is located in Modena in Italy, Modena itself could not boast more than one entry in the list. And though Italy achieved a healthy fourth place score of 101 for its four entrants, Peru managed a higher bronze-medal score of 106 with just three restaurants: all of which are located in the capital, Lima.

In addition to tourism, the presence and growth of wealth, as in Japan in the 1980s and 1990s, is frequently connected and seen as a driver of growth in ‘luxury infrastructure’; the likes of five-star hotels, luxury boutiques, luxury property – and expensive, internationally feted eateries.

Peru, home to Machu Picchu, one of the most popular cultural destinations on earth, has a relatively modest UHNW population of 525 people with a collective net worth of $65bn. By contrast, Italy – by no means the wealthiest country in Europe – boasts more than 4 times this number at 2,350 UHNWs, even though it possesses an overall population that is only twice that of Peru. Italy’s collective UHNW wealth of $280bn also easily exceeds Peru’s estimated GDP of $205bn.

The wealthiest country in Europe, Germany, with an UHNW population of 19,375 managed a meagre score of 33 for its two restaurants in the top 50 whilst Mexico – with only 3,475 UHNWs in a population of 122m people - chalked up an impressive 7th place score of 73 with three restaurants in the top 50, all of which are, again, in the capital of Mexico City.

In the Global Property Handbook 2017, compiled by Wealth-X in association with Barnes International and Warburg Realty, Mexico City came 23rd in the Alpha Cities Index – a true measure of the attractiveness of global locations for the world’s wealthiest citizens based on factors such as educational institutions, personal safety, ease of doing business and connectivity as well as cultural richness (including fine-dining) and luxury shopping.

Though sitting at the top of the Alpha Cities Index, London came in with a measly score of 68 across three entries in the San Pellegrino Top 50 list. New York, the second-placed Alpha city for UHNWs, fared a little better with a score of 82 – again, with just three entries. The USA overall achieved a total score of 145 with six entries in the top 50, but with higher rankings and seven entries, Spain managed a score of 223, making it the top gastronomic country on earth. What’s most impressive about this achievement is that none of these restaurants is located in Spain’s highest ranked Alpha City, Madrid which came in at number 26.

In fact, as with Järpen in Sweden, most of these restaurants are located away from major cities, in the North West of the country, known as the Basque region. Verdant, beautiful - though decidedly non-UHNW - the towns of San Sebastian and Girona and the villages of Axpe and Larrabetzu are the backdrop to Spain’s gastronomic coronation. This region boasts 5 entries, more than Tokyo and Paris combined. Spain itself is home to just 1,725 UHNWs; there are twice as many in Paris alone (3,475).

The reasons for these strange results seem to turn the rules of advanced civilisation upside down; tiny villages and hamlets with barely any wealthy residents seem scarcely the place for delicate, intricately prepared and expertly served cuisine. Even with modern transportation, the concept of opening a San Pellegrino contender in a bucolic backwater would seem to be very risky. However, there seems to be a broader trend at large here, one that helps to explain why the wealth and economic growth driver trend from the Japan story hasn’t continued.

"The internet is the ultimate rule-breaker, connecting individuals to things new, untried, untested, unexpected and unique."

The first rationale is that communication has revolutionised the way in which all ‘luxury infrastructure’ can develop. The internet is the ultimate rule-breaker, connecting individuals to things new, untried, untested, unexpected and unique. It has worked particularly well for ‘new’ luxury brands to break into the mainstream and although the waters are more crowded as a result, with more brands clamouring for attention, the currents are far quicker; going from a start-up to a sensation can take a matter of months if the product, brand and image is of the right pitch.

Social media has also supercharged the word-of-mouth doctrine – that people in the know only trust other individuals in the know. The likes of Twitter, Facebook and Instagram have made these connections far easier. Whereas before only an elite social circle would know of a chef working his magic in a tiny village – which would they would then share with a similarly small number of other elites – the increased awareness of awards, sharing of reviews and new locations through online media has meant that otherwise anonymous locations in remote settings, with little otherwise to recommend them, become destinations for the burgeoning jet set, now swelling with the ranks of the newly wealthy, ever thirstier for new experiences, new ideas and new locations to conquer.

This element is also a crucial factor in understanding the experiential factor in cuisine. The native, resident populations are, most often, not the focus for these modern marvels of food. Though they are, no doubt, a discerning group whose palates often inspire the innovative menus, the close presence of internationally renowned, multi-starred, celebrity-visited establishments is largely inexplicable and as remote from their existence as the cities from which these international individuals visit.

These individuals are the intended, the chosen ones. The premium-cabin-flying, luxury experience nomads, whose moving meccas are the next travel experience, the next luxury hotel concept, the next cuisine. These experiences have become as much a currency as the designer wallets which they plonk on the tables, and perhaps even more so than the motor cars they arrive in.

As travel to far flung places has become easier, cheaper and more worthwhile as a luxury experience for many consumers, novelty pushes the most discerning, demanding consumers on.

After all, better a remote, hard-to-get-into restaurant in an obscure Basque town or a gritty, up-and-coming Latin American city than a handbag everyone else has, right?

*To conduct deeper analysis, each location was given a score based on its position in the list – with the top restaurant achieving 50 points and the 50th achieving 1 point. This score then applied to the location and the country – the countries with more restaurants higher in the list achieved the highest scores. 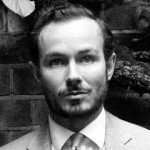 Winston is a Director at Wealth-X Custom Research. He consults a wide range of clients and brands across the luxury sector. 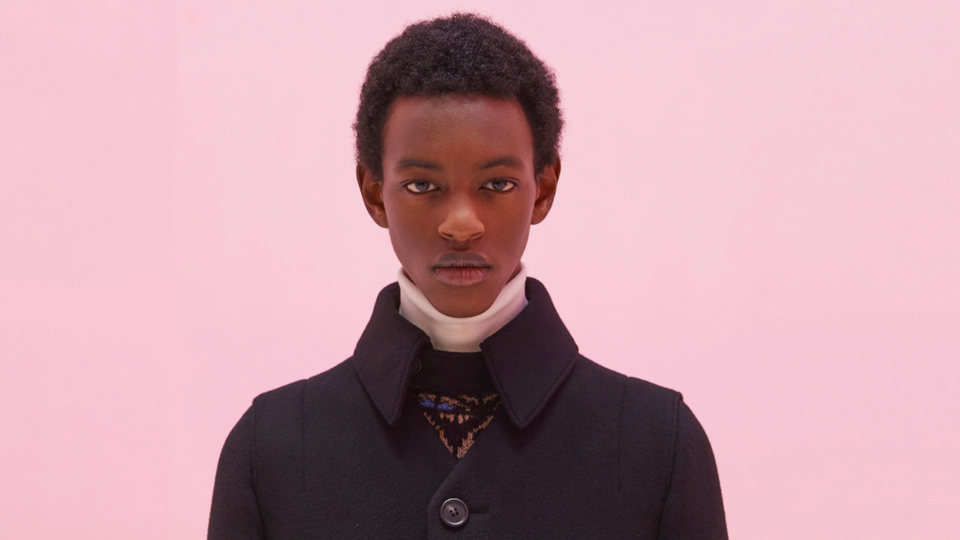 Opinion: 2021 Marks The Year of Bold Moves Within Fashion and Luxury 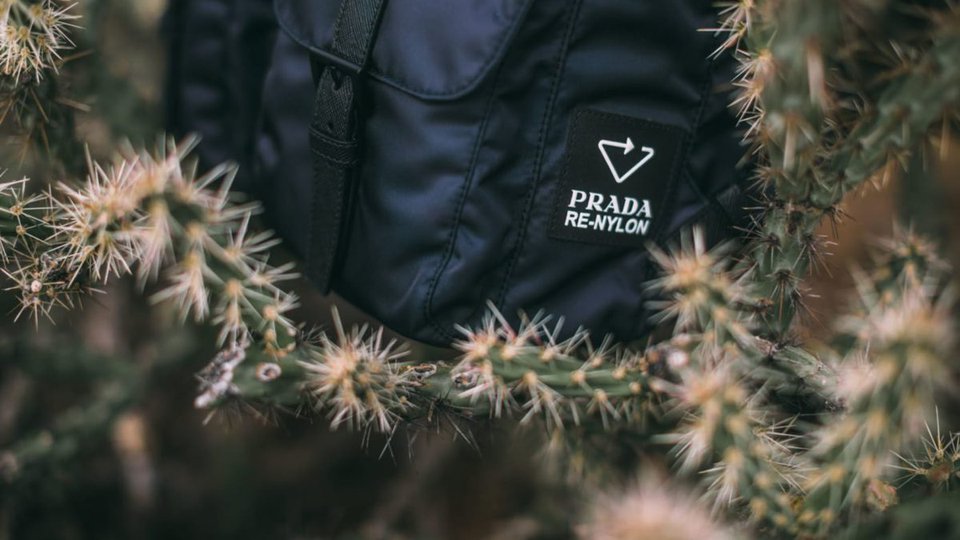 Opinion: Why Sustainability Investment Is Key For Luxury Brands To Succeed In 2021