Can Spain Compete With France For Chinese Tourists?

Long overshadowed as an aspirational destination by neighbouring France, Spain is finally coming into its own according to Avery Booker of China Luxury Advisors

Long overshadowed as an aspirational destination by neighbouring France, Spain is finally coming into its own among experiential Chinese tourists.

Although Spain’s 288,000 mainland Chinese visits last year were a drop in the bucket compared to France’s 2 million, Spain did see an impressive 14 percent leap year-on-year in 2014.

More importantly for Spanish retailers, Chinese tourists have become the biggest foreign spenders in Spain, supplanting Russians for the first time ever last year and accounting for nearly one third of total tourist revenue.

This is obviously good news for luxury brands and retailers, but is Spain really ready for this rising tide of Chinese visitors? In recent years, many brands have added Mandarin-speaking staff to Madrid boutiques and “starter-level” measures like Chinese-language signage and printouts.

Some museums and restaurants have added similar brochures to help guests navigate exhibitions and menus. Hotels, too, have gotten in on the game, adding Chinese TV stations and menu items like dim sum and congee that have become de facto among most major hotel chains worldwide.

Despite these strides, Spain has a long way to go before it can compete head-to-head with France or even Italy when it comes to attracting and catering to Chinese travelers.

However, it’s an uphill battle for Rajoy, as Air China is the only Chinese airline offering direct flights to Spain, and only seven times per week. This means Spain remains a relatively out-of-the-way destination compared to France (70 flights per week) or Germany (87).

With most Chinese travelers still visiting several European countries as part of organized tour packages, getting to Spain is a time-consuming detour for all but the more motivated tourists. In addition to a dearth of direct flights, visas remain a hurdle in China, with only three Spanish consulates in China able to issue tourist visas.

Even more annoying, applicants in China are required to retrieve their visas in person, which may dissuade those from inland second- and third-tier cities. For comparison, France offers home delivery of visas, and the US lets applicants pick them up at bank branches nationwide in China.

However, there are signs that a growing number of Spanish destinations “get” the China market and — despite all of the challenges — are figuring out ways to engage and excite travelers. As has been the case in countries like France, South Korea, and the US, this charge is being largely led by major retailers.

“ In addition to a dearth of direct flights, visas remain a hurdle in China ”

In Spain, department store chain El Corte Inglés has actively catered to the market by offering tailored services for Chinese visitors, among them a Chinese-language gift guide and high-end Chinese restaurant, and has worked with Chinese celebrities and online influencers to establish itself as a must-see in China.

Instead of waiting for the visa or direct flight situation to work out, retailers and tourist destinations themselves need to take the initiative to attract China’s growing legions of independent, younger travelers, who — if the offering is aspirational enough — will see the effort as reasonable if the experience pays off. It’s worked in France, it’s worked in the UK, and it’ll work in Spain.

To further investigate the Travel Retail market on Luxury Society, we invite your to explore the related materials as follows: 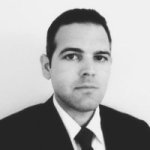 With a decade of experience working in the Greater China market, specializing in luxury branding, new media, and trend forecasting, Avery Booker has closely watched and chronicled the emergence of the global Chinese luxury consumer on the world stage.