How Gucci Succeeds Where Davos Fails 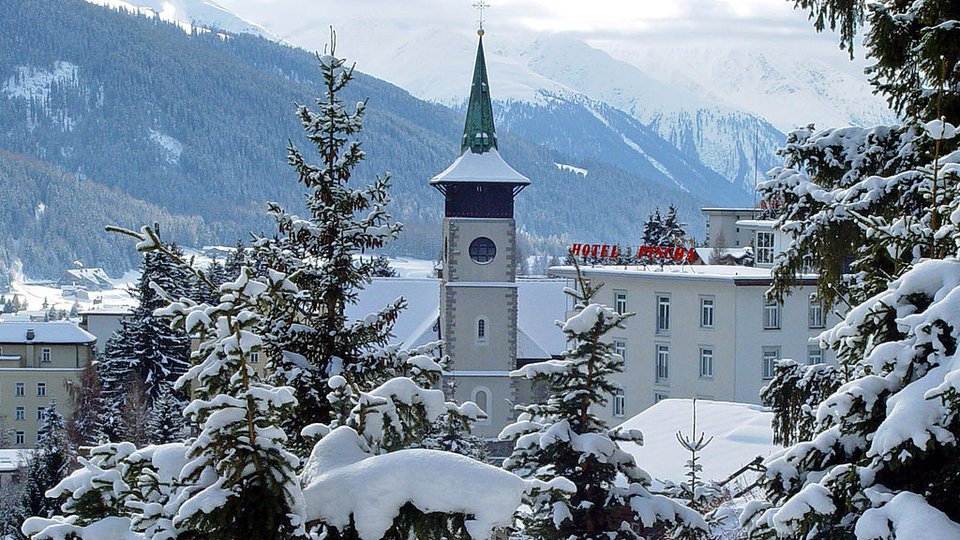 Where exactly is it taking us? (Image © Markus Herzig)

Yes, and this is how.

One early spring day a few years ago, group of somewhat rowdy kids came into the large Gucci store near Paris’ place de la Concorde. Their clothing and accents suggested they were from low-income, heavily immigrant areas that Fox News infamously identified as “No-Go Zones”.

Their manner and behavior usually set posh establishments on edge, but the sales and security staff displayed an easy grace, helping the teenagers browse the merchandise, bringing more out from the stock room upon request, and wishing them a cheerful goodbye.

It was a visible contrast to the tensions that have characterized class, ethnic and religious relations in Paris for over a decade, sometimes boiling over as during the three weeks of nationwide rioting in 2005. The tragic events at Charlie Hebdo and the Hyper-Cacher supermarket were an extreme flare-up of these tensions as well.

As it turned out, the French-born terrorists had been co-opted by religious extremists who offered them a sense of purpose and community after a young adulthood of feeling unwanted by society, aimlessness and petty crime. Many more like them have gone to – and, most worryingly, returned from – the training camps and battlefields in places like Yemen, Syria and Iraq.

“ Whether they meant to or not, Gucci was offering these teenagers validation ”

When I asked the store’s manager about the group, she told me that they come in about once a week. They had never caused any trouble. They like to be shown around the store and try on the new products. They like it when the staff remembers their names.

They might occasionally buy a key fob or a baseball cap, but mostly, she said, they come for the interaction. Maybe some would grow up to become highly profitable customers, but on that day making a sale clearly was beside the point.

Instead, whether they meant to or not, Gucci was offering these teenagers validation, identified by psychologists as one of the central pillars of mental health. Gucci had succeeded where all the handwringing by politicians and law enforcement, teachers and social workers have failed.

In the famously exclusive world of luxury, here was a moment of inclusivity. Brands like Gucci have an audience and influence where the pleading and berating by traditional leaders are met with skepticism and deaf ears.

“ In the famously exclusive world of luxury, here was a moment of inclusivity ”

Luxury brands have not always had this relationship with inner-city youth. It developed after music stars started to popularize luxury beyond expensive cars and heavy gold jewelry.

The references of the Establishment and hip-hop culture converged in the late 90’s when Mary J. Blige started sporting Chanel and Dior, when Martha Stewart attended Sean Combs’ White Party in East Hampton, when Cristal and Prada started peppering rap lyrics, when J-Lo did an ad campaign for Louis Vuitton.

Now, Nicki Minaj sits next to Anna Wintour at runway shows, Beyoncé has joined Gucci in the Chime for Change campaign for women’s empowerment and Pharrell Williams partnered on a collection with Moynat. That is not to say that the relationship is an easy one. When The Economist asked Frédéric Rouzaud, managing director with Cristal champagnes whether the brand’s association with bling might damage it, he said: “But what can we do? We can’t forbid people from buying it.”

Rappers Kanye West and Jay-Z, both famed luxury disciples, have taken luxury brands to task for being two-faced, reveling in the street cred of hip-hop celebrity endorsements while being less thrilled about popularity with the celebrities’ fans.

But if luxury brands were once uncomfortable to be seen in the hands of certain customers, it is now customers who are becoming uncomfortable with luxury brands. From New York to Shanghai, they have been turning a way from logo-laden products towards more discrete ones.

In Athens, an extreme case in the financial crisis, a Louis Vuitton salesperson recently reported that customers have been asking for unmarked plastic bags instead of the usual, branded packaging in which to take home their purchases. It is the ivory tower more than street that has damaged luxury sales, whose growth has slowed from 11% in 2011 to a forecast 3.5% to 2020.

This is something to keep in mind as business, media and political leaders converge on Davos for the World Economic Forum: a flock of private jets bringing an audience of (mostly) men paying $70,000+ to attend discussions about climate change, gender parity and economic inclusion.

Gucci, Rolex, Louis Vuitton and other luxury brands will be in evidence on the backs, wrists and feet of those participating. Less evident among the furrowed brows and earnest expressions of concern and tight security will be those whose lives – whose access to food, financing, housing, healthcare, education and employment – are profoundly affected by the decisions and actions taken by these people every day.

In explaining the price of admission, the organizers of the Davos event highlight the PR value of participating, which pretty much reveals what the whole thing really is about.

The WEF has been meeting for over 40 years, “Committed to improving the state of the world”, and yet, here we are with increasing pollution, a battered world economy, near-record inequality, militarized police forces, invasive surveillance and security, and rivers of blood flowing across Africa and the Middle East. Is it any wonder that leaders are regarded with skepticism when they talk about addressing social problems, even as the media holds them up as role models and their lifestyles as the model for success?

Pankaj Mishra describes how young men, reared on Bollywood fables of easily won women and wealth, quickly grow up to realize that these fantasies will forever be out of reach. That is not the hand life has dealt them. The definition of glamor is illusory attractiveness, or a magic spell.

The spell broken, they feel the media has offered them broken promises as well. They turn cynical and bitter, and perpetuate a system of corruption, intimidation and misogeny.

The same happens to young people around the world, brought up in the marketing and media frenzy of pop stars, fashion magazines and Hollywood blockbusters. They learn that to succeed, one must be a sociopath.

This is how exclusion begets terror, whether that comes in the form of sexual violence, inner-city crime or global jihad. Hamas, Al-Qaedaand ISIS, like street gangs and drug cartels only appeal to those who feel they have nothing left to lose. All of these groups rely on dejected youths to fill their ranks. So the problems in Ferguson, Clichy Sous Bois, and Gaza conflate with those in Washington, on Wall Street and especially in Davos.

We have to get beyond the model of Audrey Hepburn, Princess Diana and Angelina Jolie. Rich white women hugging poor black orphans does not bridge class and race and ethnic divides. It might raise awareness of problems, but it does not solve them.

Validating people in ways that do not make for good photo ops – recognizing their humanity by just speaking their names and welcoming them into the world they aspire to – goes so much further. It is simple, intimate and unsung. How many of the grandiose participants at Davos are capable of that?

Because those kids at the Gucci store are young, they still dream of the day when they are able to access the objects of their desire. Whether that idealism is transformed into aspiration or agitation depends on how it is received by the Establishment.

Do we harden our gaze and hold our handbags tighter? Do we become suspicious of their motives? Or do we recognize ourselves in their striving, congratulate them and help them achieve their ambitions?

Those kids will pursue their goals of recognition and wealth in one way or another. The danger is that they do it despite us.

Misha Pinkhasov is co-author of Real Luxury: How Luxury Brands Can Create Value for the Long Term, Palgrave Macmillan 2014. 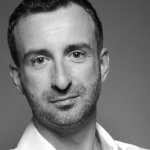