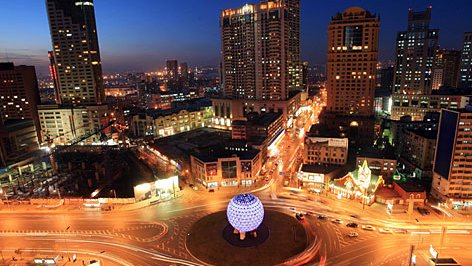 The Luxury Market in China has hit it’s ripe time; with an increasing group of wealthy individuals under the age of 45, predominantly males, and an improved and refined taste level, China is a force to reckon with when explored the right way.

Imagine a country with a population of over 1.3 billion, amongst which 1 million are confirmed as millionaires earning over $1.6 million a year, and perhaps an estimated equivalent figure or more under the radar.

The western world is familiar with cities like Beijing, Shanghai, Guangzhou and Shenzhen, but how about second and third tier cities like: Dalian, Yantai, Suzhou, Zhengzhou, Xiamen, Foshan, Tianjin, and many more. The market seems like an endless world of opportunities for growth expansion, and a focused strategy for development and approach.

“ Imagine a country with a population of over 1.3 billion, where 1 million are confirmed as millionaires ”

10 years ago when the luxury market started opening up in China, luxury mega-brands had the build, strength and patience to establish shop, invest money, and capitalize on their investment before the market matured, grew, and became competitive. Brands that stepped in the early stages and built up slowly were: Ermenegildo Zegna, Ferrari, Louis Vuitton and Rolex.

It still stands true that Chinese millionaires aspire to buy into western brands but they don’t wish to be talked down to or profiled in a sense where they want to buy into the global luxury brands, and not the adapted local ones. Nonetheless that does not mean that offering certain exclusive products for China doesn’t stand to be true anymore. Let’s explore what’s happening on the ground in the men’s fashion category in China from the Chinese perspective. In the past year the Lane Crawford group (the top Hong Kong luxury retail store consisting of the namesake store and Joyce Hong Kong) has been opening up stores in mainland China in 1st and 2nd tier cities: Beijing, Shanghai, and Chengdu.

These are cities that are seeing growth in specialty lifestyle shops inspired by some of the western world’s famous concept stores, such as Luisa Via Roma and 10 Corso Como in Italy, and L’éclaireur and Colette in Paris.

Stores you may not have heard of like: Lori Shanghai, or NY Fashion Studio, focus on special finds and carry a variety of top European and American designers such as Rick Owens, Balenciaga, Givenchy, Thom Browne, as well as more unique specialty brands such as Colette Malouf, title of work, and Bonastre.

These specialty stores first focus on men, followed by women, home and art. There is also a noticeable jump of online concept stores that are aspiring to reach the luxury consumer beyond 1st and 2nd tier city limits. An approach that reminds me of the luxury boom in the states in the mid to late nineties, which saw the arrival of online luxury shops like vivre.com and eluxury.com.

Not all will survive, but the most patient, smart and agile companies will. The caution will be, build up categories slowly but surely and try avoiding being everything for everyone from the get-go. A perfect example in the US is the launch of ahalife.com; an inspired online concept store that started with careful curation of products selected by tastemakers, and now is a full on all category retailer. Successes remain to be seen, and failures disappear. The challenges with the retail presence in China, is cultivating consumers, telling a story, marketing it properly, and maintaining a cultural interest. It is a very exciting time for established luxury brands, and new ones to shine in China.

The consumer is after quality first, intriguing and unique design second, brand name third. Long gone are the nouveau riche of China whose only interest was status showcased by their flashy Ferrari, Louis Vuitton, Rolex, and Big Pony Polo shirts by Ralph Lauren. Welcome to the new dawn of luxury.

To further investigate the Chinese luxury market on Luxury Society, we invite your to explore the related materials as follows: 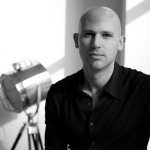 I am a creative director and brand developer specializing in the fields of Fashion, Beauty, Hospitality, and Luxury. Driven by desire to bridge my past client experience (Ralph Lauren, L'Oreal, LVMH) of nurturing and protecting a brand's core equities, with the agency proficiency of communicating those core attributes, I established RO NEW YORK; As a boutique full service agency, we limit our client base to a select group that allows us to personalize each experience